Benjamin Aggerbæk is a composer, singer, and passionate innovator resident in Copenhagen.

His four albums cover genres from folk music to jazz; from a pure solo with Aggerbæk’s vibrant voice and acoustic guitar to albums based on big bands with full wind and string sections. Benjamin Aggerbæk is a master of both roles: he performs alone as a genuine singer/songwriter as well as a modern jazz crooner in front of his 15-piece orchestra Aggerbæk Orchestra in an exciting and very personal mixture of charming swing and classical fervour.

Aggerbæk has many ongoing projects: several songs from his latest album are among the most aired on Danish Radio’s jazz channel, and you can meet him once a week on one of his songwriter-open-stages or at one of DMF’s (Danish Musicians Union) many enterprises. In 2012, Benjamin received the DMF ‘Passion Award’ for innovation and in 2008, the North Zealand jazz festival “New Note” Festival’s honorary award for original music on his debut album “Back In Town”, and for his work promoting the singer/songwriter scene in Copenhagen. 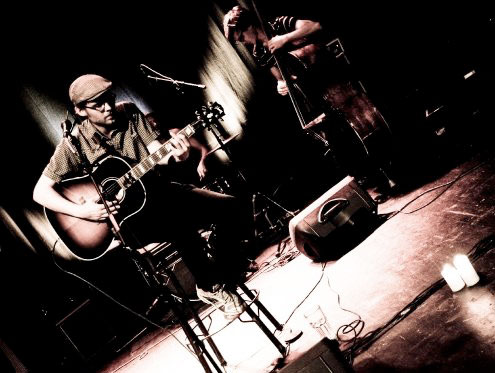